A Tip for Commonplace Notetakers 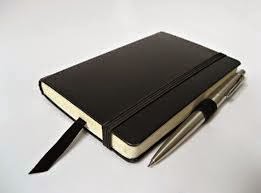 Being an inveterate note taker, list maker and keeper of commonplace thoughts (locus communis) I have an almost insatiable need for notebooks. Imagine my delight, then, when upon being sent on an errand to Kmart by the domestic authority I unexpectedly came upon a supply of stylish yet understated notebooks like the one pictured (sans the pen holder).

Aficionados will recognise it from the black cover, ribbon place marker and elastic holder as a faux Moleskine, an approximation of a sought after journal marketed by an Italian company and purportedly based on notebooks used by famous authors and artists in the late 19th and early 20th century Europe, including Vincent van Gogh and Ernest Hemingway. Considerations of style and provenance aside, these are eminently functional objects.

In the hand, the difference between the faux and a real example is indiscernible apart from the finer points of the finishing, which are of no great import to me. Perhaps that ought not to surprise, though, as both this notebook and Moleskines are made in China, probably at the same factory!

The biggest difference, though, is price. When I last looked at a large bookshop in Brisbane I balked at buying a black covered Moleskine journal for $30.00; this one set me back the princely sum of $3.00. Given that Kmart are still making a profit at this modest price, the mark-up on Moleskines must be something incredible!

Commonplace note takers, check out your local Kmart (if you dare!) ;-)
Posted by Acroamaticus at Monday, February 23, 2015 2 comments: 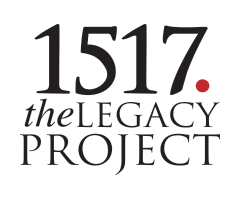 Even with the revolution of late modern communications that is the inter web Australia is still a long, long way from the rest of the world and somewhat out of the loop. Thus it was only through a heads up from American reader (and sometime intrepid Australian explorer) Dr S. Mark Poler that I have become aware of a new project spearheaded by Lutheran theologian Dr Rod Rosenbladt: 1517. The Legacy Project.

Just getting off the ground, 1517 promises to forge an increased web presence for confessional Lutheranism and to that end has acquired the publishing rights to the works of renowned Lutheran apologist John Warwick Montgomery (surprisingly, Montgomery is still largely unknown in Australia, even in Lutheran circles).

Posted by Acroamaticus at Tuesday, February 10, 2015 No comments: 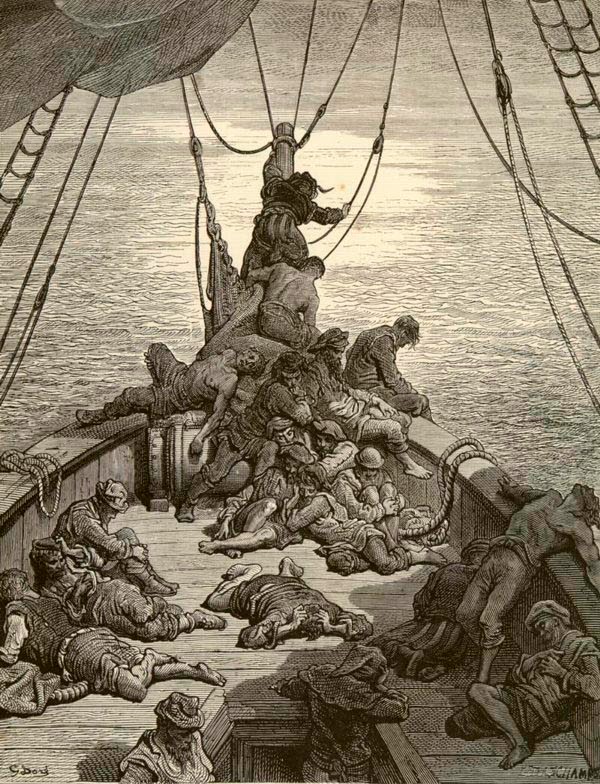 If, like me, you read Coleridge's Rime of the Ancient Mariner as a school student, you may enjoy the following piece, which suggests an approach to its interpretation that probably wasn't profferred by your teacher:
The Rime of the Ancient Mariner as neo-Platonic Christian Redemptive Drama.
"More than a tale of seamanship and the hazards of ocean voyages, the poem is a work of Christian redemption. A warning to the reader of the poem’s metaphysical orientation appears in the epigraph, a quote taken from Archaeologiae Philosophicae, a 1692 work of theologian Thomas Burnet: “I readily believe that there are more invisible Natures in the universe than visible ones. Yet who shall explain to us this numerous company, their grades, their relationships, their distinguishing features, and the functions of each of them?” 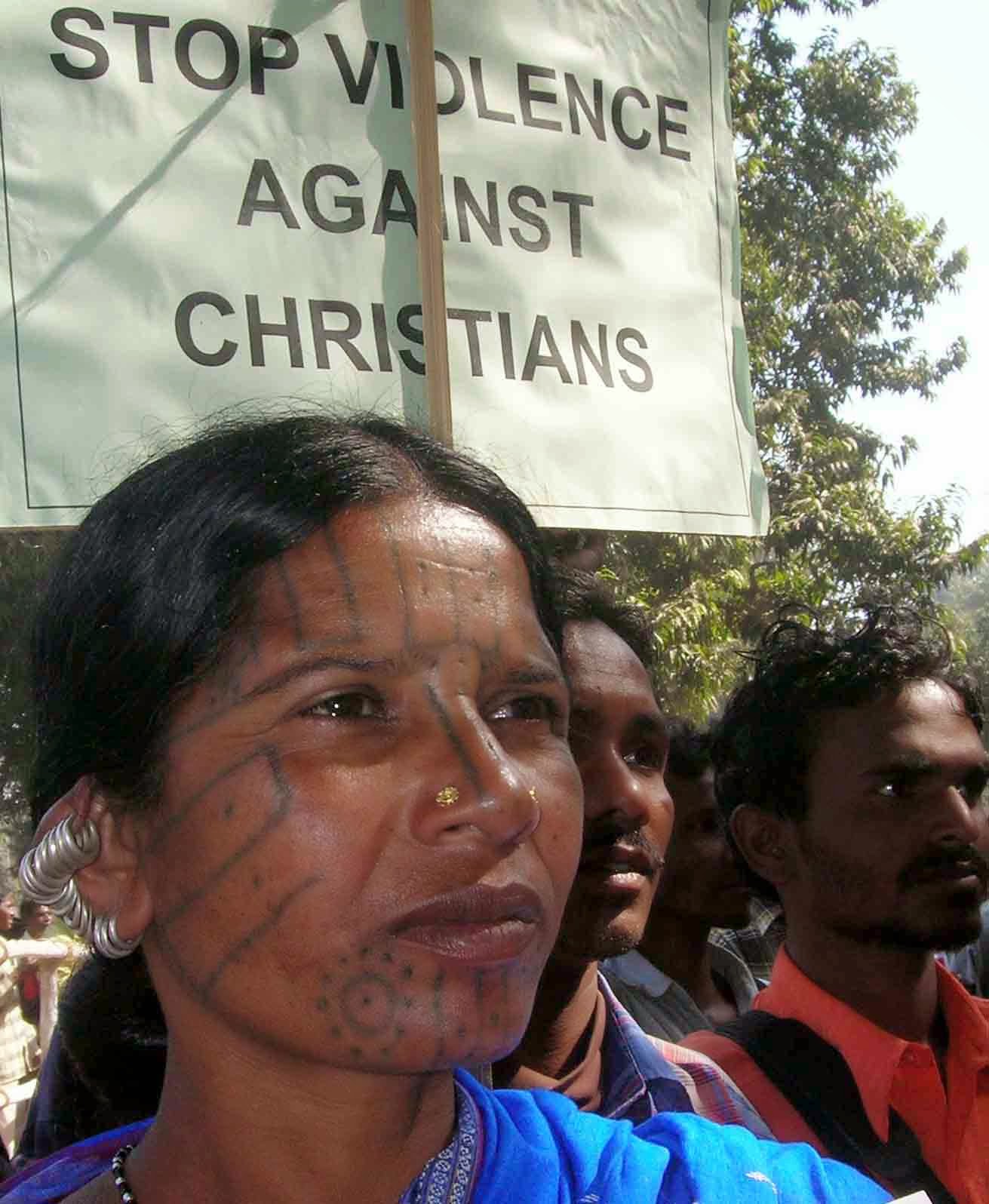 Forced Conversions to Hinduism in India?

"A series of attempts by rightwing Hindu groups to hold mass conversion ceremonies have caused controversy in recent months. Conversion is illegal if there is any element of compulsion or bribery. “The worry is that some kind of coercion is involved. The communities [involved in the recent incidents] are already vulnerable and the campaign seems quite aggressive and the combination is concerning,” said Meenakshi Ganguly, South Asia director of Human Rights Watch." 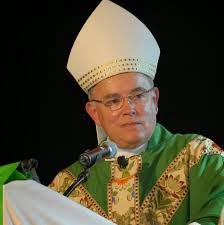 A Year Old But Worth Revisiting: Archbishop Chaput's Sermon on Occasion of the March for Life, AD2014.  "People sometimes ask me if we can be optimistic, as believers, about the future of our country.  My answer is always the same.  Optimism and pessimism are equally dangerous for Christians because both God and the devil are full of surprises.  But the virtue of hope is another matter.  The Church tells us we must live in hope, and hope is a very different creature from optimism.  The great French Catholic writer Georges Bernanos defined hope as “despair overcome.”  Hope is the conviction that the sovereignty, the beauty and the glory of God remain despite all of our weaknesses and all of our failures.  Hope is the grace to trust that God is who he claims to be, and that in serving him, we do something fertile and precious for the renewal of the world." 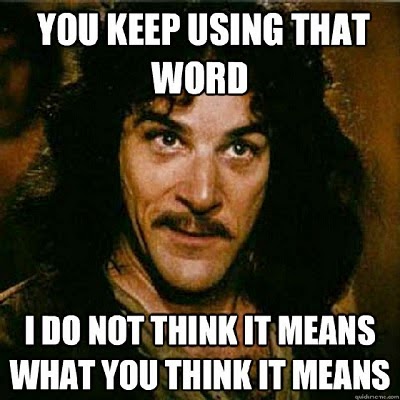 Post-Modern, Post-Liberal, Post-Evangelical, now Post Secular, (and probably not what you think) : "When the authors looked at views on the authority of the Bible and how strongly people said they were affiliated with their religion, Post-Seculars put the most faith in Scripture and were much more inclined to say they were strongly religious. And where science and faith conflict on hot-button issues, they side with the religious perspective." 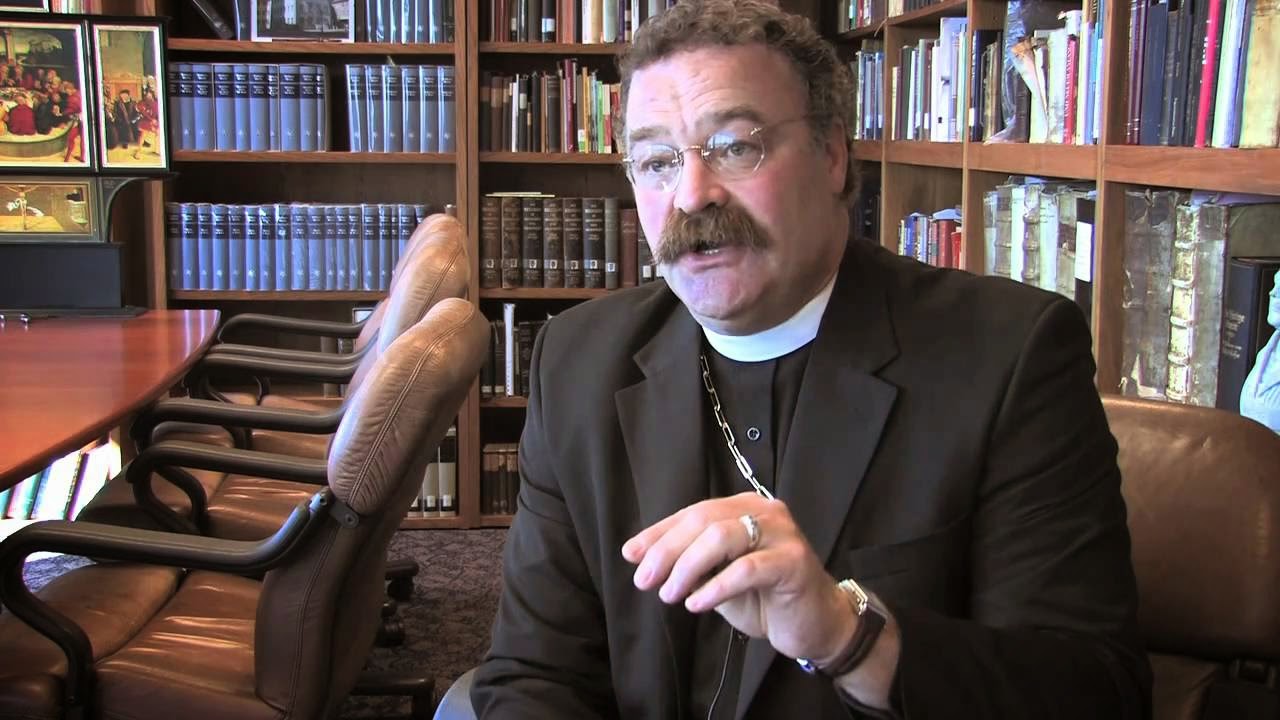 LCMS President Matthew Harrison Draws a Line: "When a public teacher on the roster of Synod can without consequence publicly advocate the ordination of women (even participate vested in the installation of an ELCA clergy person), homosexuality, the errancy of the Bible, the historical critical method, open communion, communion with the reformed, evolution, and more, then the public confession of the synod is meaningless."

Posted by Acroamaticus at Monday, February 02, 2015 No comments: