A Short Sketch of the Earliest Australian Christianity 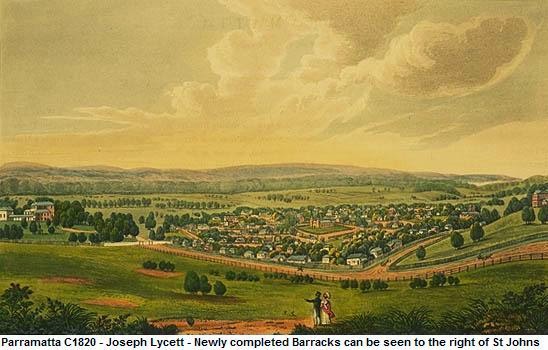 I was recently able to enjoy a brief visit to Parramatta in connection with a family wedding which also afforded me the opportunity to visit some of the most historic sites in Australia connected with the establishment and growth of the British penal colonial originally begun on the nearby coast at Sydney Cove on 26th January, 1788 (incidentally, Capt (later Admiral) Arthur Phillip R.N., who founded the colony, was of German, probably Lutheran, ancestry on his father's side, though as we shall see his own nominal Anglican Christianity was adulterated by Enlightenment principles). These sites included St John's Anglican Cathedral, the oldest continuing place of Christian worship in Australia (which still thrives,  hosting several immigrant congregations as well as holding numerous services every Sunday for traditional evangelical Anglicans), and its cemetery, the oldest Christian burial ground in Australia, old Government House,  Lennox Bridge, Experimental Farm, etc.. For the historically aware, the Parramatta CBD teems with colonial associations, although you have to look beyond and sometimes beneath the grotty commercial overlay to detect it (which reminds me of Russian poet Yevtushenko's remark on Australia - "a cafeteria built on a graveyard").

The pure Gospel was yet to reach these hitherto benighted shores but God's purposes can be worked even through imperfect instruments, and we can be thankful that the newly founded colony was provided with an evangelical Church of England minister, Richard Johnson, who preached a faith based on the great doctrinal truths of the Trinity, the authority and sufficiency of Holy Scripture, original sin, the redemptive sufficiency of Christ's life and work and justification by faith in Him, as outlined in the Church of England's Thirty-Nine Articles of Faith (drafted with reference to the Augsburg Confession, albeit not in complete agreement with the latter, largely due to political concerns). Johnson (pictured), a Yorkshireman and a Cambridge graduate, not only held to an evangelical confession of faith, he was animated by his convictions to minister to the neglected urban poor in London (who, in the 18th C., were often the rural poor displaced), with a sincere desire to work for their salvation and the improvement of their mean circumstances, the latter largely through the outworking of sanctification. It was his work in London which attracted the attention of two great names among English evangelicals at the time, the reforming politician William Wilberforce and the reformed slave trader John Newton, who were both instrumental in recommending Johnson for the post of chaplain to the proposed antipodean penal colony.

And so it was that on 3rd February, 1788 , Johnson preached the first known sermon during the first known Christian service in the history of the continent of Australia, taking as his text Psalm 116:12-23: What shall I render unto the Lord for all his benefits towards me? I will take the cup of salvation, and call upon the name of the Lord. 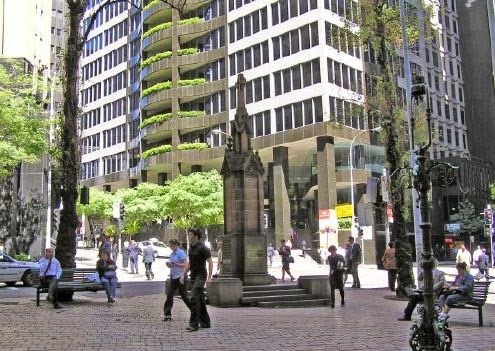 As far as I know a manuscript copy of Johnson's sermon does not survive, but we can probably glean its content from a pamphlet he had published in London some four years later in 1792 for distribution back in the colony, An Address to the European Inhabitants of the Colonies Established in New South Wales and Norfolk Island by the Rev. Richard Johnson A.B., Chaplain to the Colonies. This address is earnest in tone and evangelical in spirit (although no doubt too strong in its emphasis on observing the Sabbath and perhaps displaying an overemphasis on sanctification, although we must be careful to place this aspect in the theological, historical and social context of Johnson's time and place) but it also undoubtedly gives hints - more than hints, complaints at times - that reveal that Johnson was ploughing hard ground. He also encountered opposition Governor Phillip, who, as a representative of the Enlightenment then in contention with orthodox Christianity, insisted that Johnson preach on exclusively 'moral subjects'.

Perhaps overcome by a sense of defeat, Johnson returned to England in late 1800 to eventually be appointed to a parish in London, leaving a second, recently arrived clergyman, the Rev. Samuel Marsden (a fellow Yorkshireman; a.k.a "the flogging parson" and by all accounts a more robust personality than Johnson) in charge of the chaplaincy. Johnson continued his interest in the nascent colony, reporting to a parliamentary committee on one occasion and recommending suitable clergy. A memorial (pictured) today stands in Richard Johnson Square in Sydney's CBD at the corner of Bligh and Hunter Streets, marking the spot where Australia's first sermon was preached by Richard Johnson in 1788. Now, as then, Sydneysiders seem to be oblivious to its significance.

Posted by Acroamaticus at Monday, January 26, 2015 No comments:

A Treatise on the Efficacy of Contemporary Ecumenism