A Shot Heard Around the World: How WWI Shaped Our World

Apologies for the rather cliched title, but being a modern history buff I can't allow this most significant of anniversaries to go unremarked at the old manse.

June 28th, 2014 marks the 100th anniversary of the assassination of Archduke Franz Ferdinand, heir apparent to the Hapsburg throne which ruled over the Austro-Hungarian Empire. This event triggered a series of events which, by late July, had led to the beginning of World War I.

Of the five great royal houses which entered into conflict in 1914, ruling over the British, German, Hapsburg, Russian and Ottoman imperial houses, only one was to remain in power after the war, and the course of the world - not just Europe, but the world - was irrevocable and profoundly altered by changes which ring down to our own day.

The royal house which survived was, of course, the British House of Windsor, formerly Saxe-Coburg-Gotha.
The German Kaiser, Wilhelm II, was forced to abdicate his throne in November 1918 and Germany subsequently lost its colonial territories (including German New Guinea, which passed to Australia, opening up a successful sphere of Lutheran missionary work, as it happens) leaving a power vacuum in the tumultuous 1920s which eventually brought forth Hitler and Nazism in the early 1930s.
The Russian Tsar, Nicholas II, lost his throne in Russia, being replaced by Bolshevik Communists after a very brief interlude of social democratic government (led by Alexander Kerensky, who later married an Australian, Nell Tritton, and spent time in my home town of Brisbane where the local Russian emigre community was less than enthused by his presence), which led eventually to the Cold War with the West following WWII, which was itself the direct result of WWI.
The war was triggered by the assassination of the heir to the Hapsburg throne, Franz Ferdinand, (who had spent time as a young man hunting kangaroos and emus in Australia!) by a Serbian Yugoslav nationalist, Gavrilo Princip. After the war the Hapsburg empire collapsed, leading to chronic instability in its eastern regions, especially after the later collapse of the Soviet Union. One of the Hapsburg empire's former constituent parts, western Ukraine, is asserting its pro-Western identity today, leading to armed conflict with Russia.
The Ottoman empire dissolved, its middle eastern territories being divided up by Britain and France, an unhappy legacy we are still living with today not only in the Arab-Israeli conflict but as we survey Iraq, which has really only ever existed as a united nation on maps, becoming the scene of terrible sectarian and ethnic conflict and violence (already in the 1920s the British were fighting Islamic extremists in Iraq).
Muslim Turkey, the head of the Ottoman Empire, after the war came under the secularising rule of Kemal Ataturk, who, incidentally, had commanded the Turkish troops against the Australian and New Zealand troops at Gallipoli. In 1924 Ataturk abolished the Muslim Caliphate which had been held by the Ottoman royal house, leaving the Sunni Muslim world without a figurehead leader. This led to a conference in Cairo in 1926 seeking to re-establish the Caliphate there; when that effort failed the Muslim Brotherhood was established in 1928, the first of several Sunni Islamic groups who spearheaded the Islamic resurgence of the 20th century which in the early 21st century presents as the greatest challenge to Western hegemony in the world. Their goal of restoring the Caliphate based in the Middle East and uniting Sunni Muslims around a strict interpretation of the Koran makes Kemal's abolition of the Caliphate look like a very unwise political move indeed.
All this from a gun shot fired in an assassination attempt on a Hapsburg royal in Sarajevo, an obscure corner of the Hapsburg empire, an attempt which only came about because Franz Ferdinand's security chief had forgotten to tell his driver that he had changed the route as a precaution. That's right, the archduke wasn't even meant to be on Franz Jozef Street, where the assassin, fleeing an earlier attempt on Franz Ferdinand's life in which he was involved that day, took advantage of the car stalling as it attempted to reverse to change routes, to fire his fatal shot from 1.5 metres away. It was a shot heard around the world, and which still echoes down to our time.

Why? Why was this event permitted to open the abyss? History teaches us that Europe's leaders wanted it open because, as Solzhenitsyn said in his 1983 Templeton Address, they had cast aside the claims of God upon their consciences and so they led their people into that abyss of suffering, destruction and international disorder from which we are still struggling to emerge.

"...inquire now of your ancestors, and consider what your fathers have learned, for we are but of yesterday, and we know nothing. Our days on earth are but a shadow; will they not teach you and tell you, uttering words out of their understanding?" Job 8:8-9

Email ThisBlogThis!Share to TwitterShare to FacebookShare to Pinterest
Labels: History 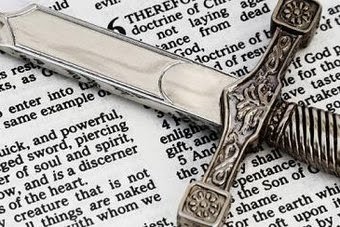 That the post-Reformation, European wars of religion were just that - violent conflicts motivated by differences of religious doctrine - and that they led directly to the establishment of the non-confessional, secular state is a view that has been stated so often by secular historians that even careful Christian scholars, such as Kurt Aland (History of Christianity, vol. II, 1986), have come to repeat it. But is it true? As so often happens in the writing of history, this view appears to owe more to the ideological commitments of historians than the complex historical reality, which defies simple explanations. Contemporary historians are indeed mounting a case against it. Here, for example, is William Cavanaugh (Research Professor, Centre for World Catholicism and Intercultural Theology, DePaul University, Chicago),


"...the secular state did not resolve the so-called "Wars of Religion" - the first state in which church and state were formally separated made its appearance a good century and a half after the Treaty of Westphalia. When the so-called "Wars of Religion" came to an end, the absolutist state was the victor. The way had been paved for the deification of Louis XIV.If we look to the origins of these wars themselves, further problems...arise. Can they really be called "Wars of Religion" if Catholics killed Catholics, Lutherans killed Lutherans, and Protestants and Catholics often collaborated? Holy Roman Emperor Charles V spent most of the decade following Martin Luther's excommunication at war, not against Lutherans, but against the Pope. When the Lutheran princes did take up arms against the Catholic Emperor in the 1550s, they did so with the aid of Catholic France.The French "Wars of Religion" are full of collaborations between Protestants and Catholics, and the Thirty Years' War - perhaps the most notorious of the "Wars of Religion" - saw Cardinal Richelieu throwing the full force of French might on the side of the Lutheran Swedes, who in turn attacked Lutheran Denmark. While the Calvinist Dutch were helping the French royal forces to defeat the Calvinists at La Rochelle, Catholic Spain was supporting the Protestant duke of Rohan in his battle against the French crown in Languedoc. The Thirty Years' War was, in fact, primarily a contest between the Habsburgs and the Bourbons, the two great Catholic dynasties of Europe."

This is an interesting development not only in itself, but also for its apologetic value.

The above quote is taken from a debate between Cavanaugh and fellow academic Russell Blackford on the Religion and Ethics website of the Australian Broadcasting Commission. See also Cavanaugh's earlier piece, 'The Wars of Religion and Other Fairy Tales' on the same website.
Posted by Acroamaticus at Tuesday, June 24, 2014 1 comment: