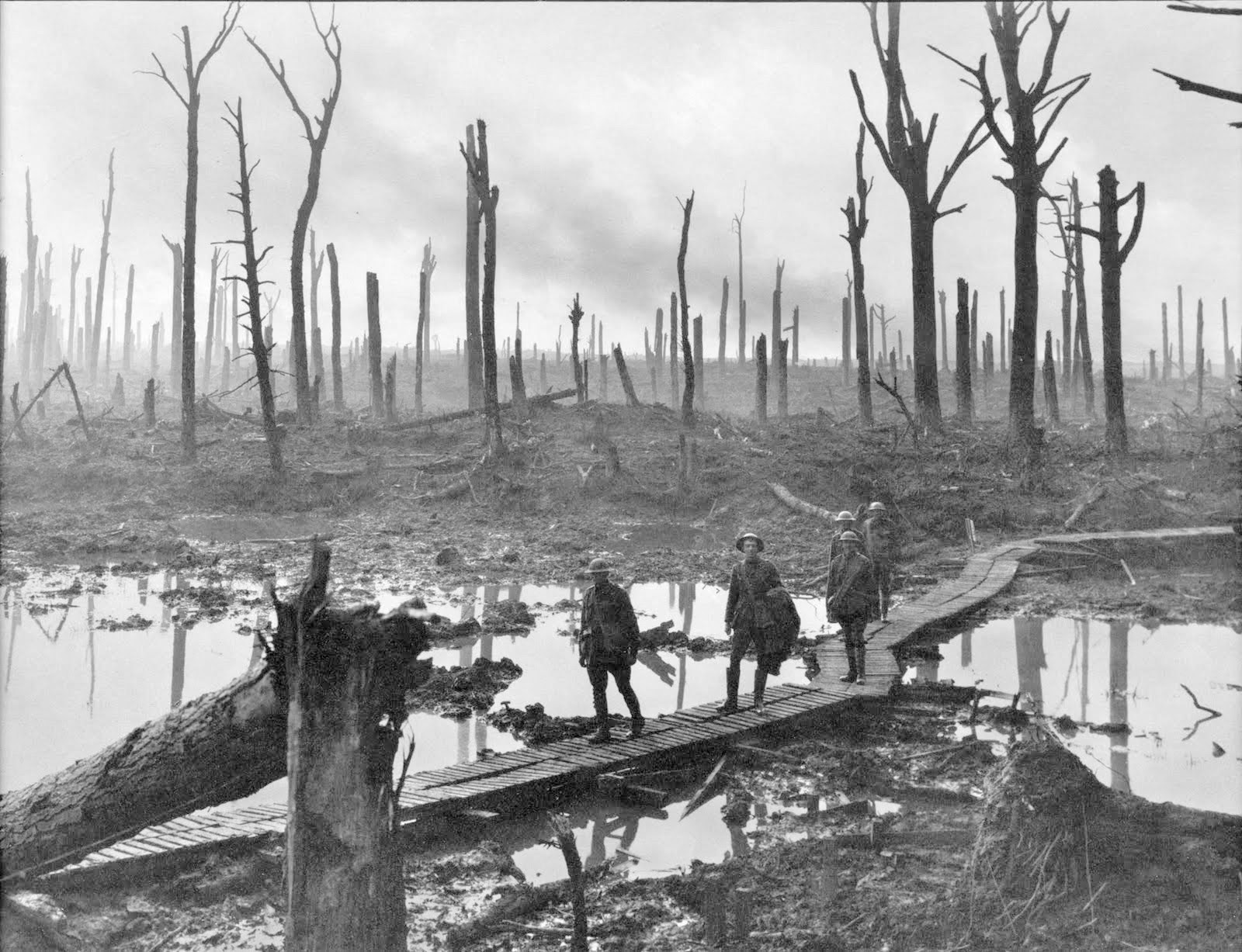 "I still remember that cloudy, misty Autumn morning in northern Germany. The Divine Service in the open air would be for many of those present their last celebration of holy communion. Straight after the celebration, we were plunged into one of the bloodiest battles of Flanders...Surely that Jubilee deserved something better. But with it there arose a new appreciation of the central article of faith of the Lutheran Reformation. It is as though the tremendous gravity of war, the encounter with death and the experience of God's judgment that it brought, were needed for modern man to grasp again the message of the Reformation: the justification of the ungodly by faith alone."

Note - Sasse wrote this in 1942, reminiscing about Reformation Day, 1917, the 400th anniversary of the Reformation. There were three great battles in Flanders during WW1; Sasse must be referring to what is known to English speakers as The Battle of Passchendaele, which concluded in early November, 1917 with half a million casualties on both sides. During this battle, Sasse, a sergeant in the German infantry, earned the Iron Cross (2nd Class), the second highest battle honour in Germany at the time.

From The Message of the Reformation in Changing Times, a talk given in Erlangen, Germany on 10th November, 1942.

The pic of Australian soldiers nr. Passchendaele in 1917 is by Australian war photographer Frank Hurley.
Posted by Acroamaticus at Wednesday, October 31, 2012 No comments:

When I was growing up, all we knew of Halloween (a.k.a. All Hallows Eve, 31st October, a.k.a. Samhain, the ancient Celtic festival of the dead) came from watching American TV shows like Happy Days. Although Australia has a large Celtic component to its population, Halloween seems not to have translated itself into Australian culture. Now I notice that Coles, one of Australia's largest grocery store chains, is heavily promoting Halloween, replete with extra large pumpkins for sale for carving into jack o' lanterns and staff dressed as ghosts and ghouls. No doubt they've cottoned on to what a boon Halloween is for US retail sales (2nd only to Christmas in profits, by all accounts; even in post-Christian cultures it's surprising how retailers are parasites on the church year) and are hoping to replicate some of that cash register action down here. Somehow, there's an air of artificiality about it all, though, and while Australians don't generally need much of an excuse for a party, I'm not sure it's taking hold in the public imagination. I suppose the proof of the pudding will be found in how many "trick or treaters" we get tomorrow night (not that I'll have anything prepared for them), but I suspect that guising around the neighbourhood on Halloween is more than most Australian parents, Christian or not, are prepared to negotiate (not to mention that "neighbourhoods" don't really exist anymore; what we have instead are atomistic households with real and virtual commitments elsewhere). Southern Baptist theologian and social commentator Al Mohler might be expected to take a neo-Puritan approach to Halloween, but he is surprisingly cautious about issuing a blanket condemntaion. I do appreciate his conclusion, though:

"On October 31, 1517, Martin Luther began the Reformation with a declaration that the church must be recalled to the authority of God’s Word and the purity of biblical doctrine. With this in mind, the best Christian response to Halloween might be to scorn the Devil and then pray for the Reformation of Christ’s church on earth. Let’s put the dark side on the defensive. "

“O Lord God, You have called me to be a bishop and pastor in Your Church.  You see how unfit I am to bear such great and responsible office; and had not Your counsel hitherto sustained me, I would have  long since brought all to ruin. Therefore, I cry to You: I will gladly submit and give my lips, my tongue, and my heart to the teaching of Your people, and ever learn and occupy myself in Your word and consider the same diligently. Use me as Your instrument: but, dear Lord, do not leave me; for were I left to myself, I would quickly bring all to ruin. Amen.”

Wilhelm Loehe, Seed-Grains of Prayer, #254
(I have modernised the English and altered some of the wording, but I think the above remains a faithful rendition of Loehe's German original.)
Posted by Acroamaticus at Tuesday, October 16, 2012 2 comments:

Email ThisBlogThis!Share to TwitterShare to FacebookShare to Pinterest
Labels: Prayers and Devotions

He that will watch Providence shall never want a Providence to watch.
John Flavel

Why would a medical student be drawn to read an obscure text on treating blast injuries rather than his set texts?

I read the following today in The Australian newspaper while on my lunch break:

"He might have been an intern but he knew more than a little about blast injuries thanks to an obscure World War I medical text he devoured while avoiding study. It saved lives from the moment he walked on to the ward at about 1am. He divided the number of patients up by an hour so he could see everybody within that time because people would deteriorate quickly." Read the whole story here while it is available. The reporter doesn't ask the question, but we might well ponder it.

PS
The "want" in the quote from Flavel is archaic for lack; i.e. "shall never lack a Providence to watch" (for my younger readers!).
Posted by Acroamaticus at Wednesday, October 10, 2012 7 comments: 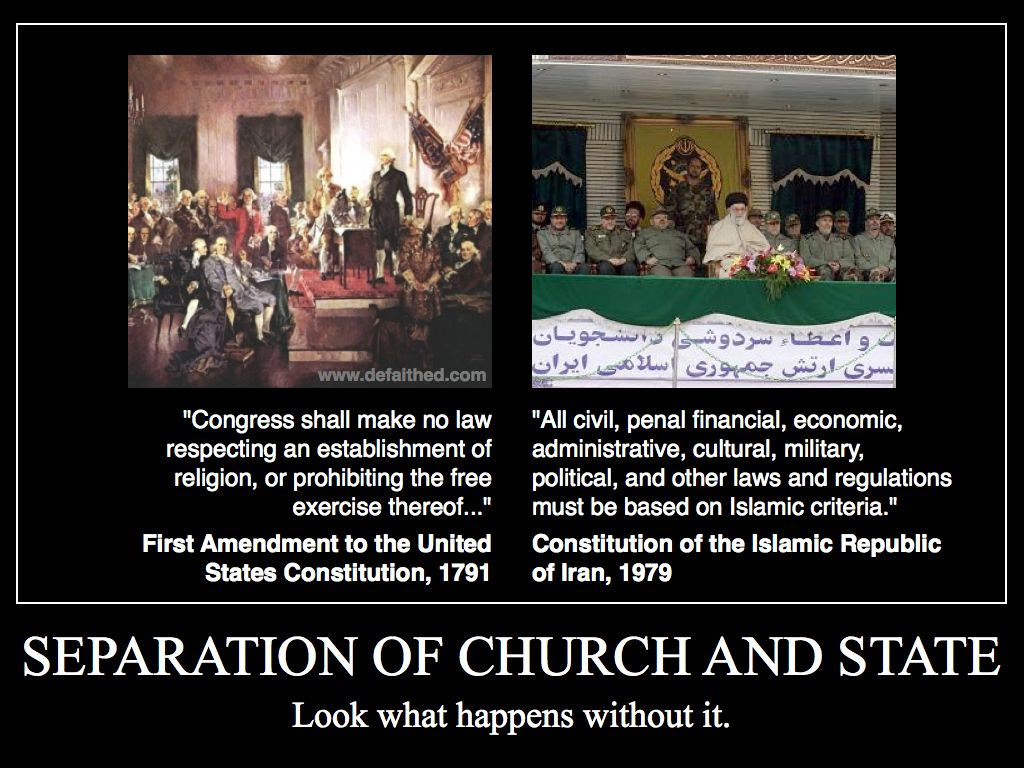 D.G. Hart is an American Presbyterian who advocates a Lutheran "Two Kingdoms"  view of church-state relations (hence a "2Ker"). That might not seem particularly interesting unless you know that it is not the majority Presbyterian view. In fact, there is a significant stream of Theocratic thought in Presbyterianism history which certainly continues to be advocated in modern American Presbyterianism. The more theologically disparate Evangelical movement in America also inherited aspects of the Christian Theocratic tradition. In contemporary political discussions, this often leads to comparisons of "the Religious Right" with the "Islamist" movement. On the face of it, I'm sure such comparisons are irksome to political activists on the Christian Right (I was going to say "conservative Christians", but not all conservative Christians are activists; Lutherans in particular tend to the oppsite extreme, political quietism). But to the extent that Christian activists deny the validity of the separation of church and state, they do share a common conceptual framework with Islamists in the area of political thought and action, although I would immediately stress that the New Testament expressly forbids the use of violence to further Christian goals, a prohibition which explains why the notion of  a "Christian terrorist" is an oxymoron.

Anyway, here's Hart reflecting on this subject after a trek through Turkey, which was established as a secular Muslim-majority state by Mustafa Kemal after WWI (Australians will note with interest that  Mustafa Kemal was the commander of the Turkish forces who repelled the ANZAC landing at Gallipoli in 1915):

"The ...history of Enlightenment and secularization ...makes the Religious Right and political Islam stand out. Both groups in different ways oppose secularization. Both also do so by appealing to the sacred texts of their faith. These similarities are what invite comparisons of activist evangelicals and political Muslims, no matter how unflattering or inflammatory. In fact, although born-again Protestants have not blown-up any buildings – wrong headed associations with the Christian militia and Timothy McVeigh notwithstanding – evangelicals’ continued reliance on older religious foundations for civil authority may look odder than political Islam considering that American Christians have so much more experience with alternatives to confessional states (or theocracy) than Muslims do. The United States, a secular nation hallowed by evangelicals, has almost 250 years under its belt and it stands as one of the chief alternatives to Christendom’s political theology. In contrast, the break up of the Ottoman Empire is still less than a century old and places like the Republic of Turkey are still trying to figure out the nature of secular democracy in a Muslim society. Evangelicals’ experience with secular politics may explain their reluctance to use violence. But it makes all the more unusual born-again Protestants’ appeal to the Bible as the norm for politics and social order. To unpack this anomaly a brief comparison of Christian and Muslim understandings of secularity may be useful.
As Bernard Lewis, among many others, has written, secularity in its modern sense – “the idea that religion and political authority, church and state are different, and can or should be separated – is, in a profound sense, Christian.” The locus classicus of this idea is Christ’s own instruction, “Render unto Caesar the things that are Caesar’s and unto God the things that are God’s” [Matt. 22:21]. This was directly the opposite of Roman and Jewish conceptions where either Caesar was God or God was the monarch. For Muslims, God was the supreme authority with the caliph as his vice-regent. What makes the contrast with Islam all the more poignant is that Christianity stood between Judaism and Islam chronologically such that Muslims could well have appropriated Christian notions of secularity. As it happened, Islam followed theocratic models of the ancient near east. Christianity, of course, made social order a lot more complicated as later disputes between popes and emperors demonstrated. Indeed, discomfort with secularity often arises from a legitimate desire for greater moral and political coherence. But for whatever reason, Christ himself apparently favored a social arrangement that differentiated spiritual matters from temporal ones."

I would say you can read it all here but I've quoted it all, although you may like to check out the comments or follow the blog.

I've created a new label for this post, "Crypto-Lutheranism", which I'll use to identify positive Lutheran influence upon the Reformed.
Posted by Acroamaticus at Monday, October 01, 2012 6 comments: