Florovsky: 'Dogmas Do Not Develop' 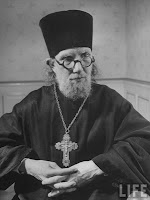 Fr George Florovsky (1893-1979) is my favourite Orthodox theologian, mostly because he was not afraid to challenge the shibboleths of Western philosophy and theology and call his church to a more thoroughly Christian outlook (not unlike Luther!), while yet avoiding the speculative tendencies that mar the work of some of his Orthodox contemporaries (e.g. Florensky and Bulgakov's 'Sophiology'). One of those shibboleths was the notion of the development of dogma/doctrine, which became a fashionable idea in the theological world in the mid-19th century and has never lost its axiomatic status since, despite its contradictions (see recent posts here on John Henry Newman's lamentable legacy in this regard). Here's Florovsky on why the notion of 'development of dogma' is a 'total misunderstanding' of revelation:

'Dogma is by no means a new Revelation. Dogma is only a witness. The whole meaning of dogmatic definition consists of testifying to unchanging truth, truth which was revealed and has been preserved from the beginning. Thus it is a total misunderstanding to speak of 'the development of dogma.' Dogmas do not develop; they are unchanging and inviolable, even in their external aspect — their wording. Least of all is it possible to change dogmatic language or terminology. As strange as it may appear, one can indeed say: dogmas arise, dogmas are established, but they do not develop. And once established, a dogma is perennial and already an immutable 'rule of faith' ('regula fidei'; o kanon tis pisteos, ο κανων της πιστεως). Dogma is an intuitive truth, not a discursive axiom which is accessible to logical development. The whole meaning of dogma lies in the fact that it is expressed truth. Revelation discloses itself and is received in the silence of faith...'

Speaking of speculative theology and Pavel Florensky in particular, this Russian polymath turned priest, who was executed during one of the Stalinist anti-Christian purges of the 1930s, had the interesting idea that the geometry of imaginary numbers predicted by Einstein's theory of relativity for a body moving faster than light would actually be the geometry of the kingdom of God. Intriguing in light of the claims by CERN scientists that the have forced the sub-atomic particles known as neutrinos to exceed the speed of light!
Posted by Acroamaticus at Saturday, September 24, 2011 9 comments:

Email ThisBlogThis!Share to TwitterShare to FacebookShare to Pinterest
Labels: Development of Doctrine, Eastern Orthodoxy, Why I Am Not Roman Catholic

C S Lewis To A Prospective Roman Convert: Rome As Much A Variation From Tradition As Any Protestant Sect 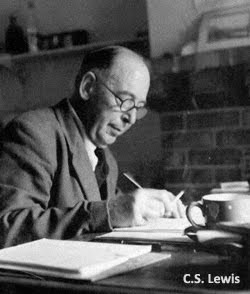 Most theologians and pastors who read C. S. Lewis do so because he was a great communicator, not a great theologian. Lewis certainly drops some theological clangers in his writings, but when he does get it right he really 'hits the nail on the head'. There is a well known Lewis quote to the effect that he could never become a Roman Catholic because it meant agreeing in principle to accept any new doctrine Rome might define. That is a very profound insight to which many prospective converts to Rome give too little attention; conversion to Rome means not just acceptance of Rome's dogmatic past but also its future (there's a Newman quote on this that I'll try to dig up soon). That was clearly a hurdle Lewis baulked at. But Lewis also took a diachronic (looking back through time/history) approach to evaluating Rome's claims negatively, as the following letter to an Anglican considering conversion to Rome shows:

My position about the Churches can best be made plain by an imaginary example. Suppose I want to find out the correct interpretation of Plato’s teaching. What I am most confident in accepting is that interpretation which is common to all the Platonists down all the centuries: What Aristotle and the Renaissance scholars and Paul Elmer More agree on I take to be true Platonism. Any purely modern views which claim to have discovered for the first time what Plato meant, and say that everyone from Aristotle down has misunderstood him, I reject out of hand. But there is something else I would also reject. If there were an ancient Platonic Society still existing at Athens and claiming to be the exclusive trustees of Plato’s meaning, I should approach them with great respect. But if I found that their teaching was in many ways curiously unlike his actual text and unlike what ancient interpreters said, and in some cases could not be traced back to within 1,000 years of his time, I should reject their exclusive claims—while ready, of course, to take any particular thing they taught on its merits.

I do the same with Christianity. What is most certain is the vast mass of doctrine which I find agreed on by Scripture, the Fathers, the Middle Ages, modern Roman Catholics, modern Protestants. That is true “catholic” doctrine. Mere “modernism” I reject at once. The Roman Church where it differs from this universal tradition and specially from apostolic Christianity I reject. Thus their theology about the Blessed Virgin Mary I reject because it seems utterly foreign to the New Testament; where indeed the words “Blessed is the womb that bore thee” receive a rejoinder pointing in exactly the opposite direction. Their papalism seems equally foreign to the attitude of St. Paul toward St. Peter in the epistles. The doctrine of Transubstantiation insists on defining in a way which the New Testament seems to me not to countenance. In a word, the whole set-up of modern Romanism seems to me to be as much a provincial or local variation from the central, ancient tradition as any particular Protestant sect is. I must therefore reject their claim: though this, of course, does not mean rejecting particular things they say...

From 'The Boldness of a Stranger:
Correspondence Between C.S. Lewis and H. Lyman Stebbins'


I've omitted the last sentences of the letter as they concern Anglicanism, which is not my focus here; however, for those wondering about Lewis's apparent ascription of authority to 'universal tradition' they do contain a forthright statement of 'scripture alone': 'What we are committed to believing is whatever can be proved from Scripture'. This is probably what Lewis meant by 'apostolic Christianity', which he then saw reflected down the centuries in 'universal tradition'. Note also Lewis's dismissal of 'modernism'.

As a personal aside, I once expressed a view similar to Lewis's in a dogmatics lecture at seminary, namely that Rome's particular and peculiar doctrines made it a sect, albeit one with a lot of adherents! The lecturer didn't take too kindly to the remark, perhaps because he was deeply involved in official Lutheran-Roman Catholic dialogue, but I feel somewhat vindicated now that I have uncovered Lewis's letter.

Email ThisBlogThis!Share to TwitterShare to FacebookShare to Pinterest
Labels: C.S. Lewis, Roman Catholicism, Why I Am Not Roman Catholic 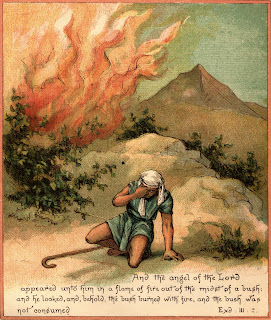 I've begun posting again at 'What Sasse Said' after a hiatus of a couple of months. I'll be starting with extracts from this essay, which appeared in the theological journal of my church, known colloquially as 'the LTJ', in 1968. At the beginning of this essay, Sasse notes that there is the 'eternal crisis' of the ministry which arises from its very nature, and there is also the crisis of the ministry in a particular time and place. Sasse begins with the eternal crisis before examining the particular crisis of the Lutheran ministry in the late 20th century, hence the reference to Moses (later Sasse makes the interesting comment that the Ministry of the Word in the Old and New Testaments is essentially one, although the offices instituted to carry out have differed according to their place in salvation history).
I originally read this essay back in seminary days, although I can't remember much of it. I'm re-reading it now in quite a different context, trying to negotiate my way through my own particular 'crisis' in ministry, probably an early stage of 'burnout' (I'm due for 'long service leave' in one year, so I'm hanging in there). Well, as they say, 'every crisis is an opportunity to effect change'. I hope this essay will help in getting the 'big picture' to hang straight before I go trying to rearrange the other 'furniture' in the room; so far, so good - Moses is a good place to start!
Posted by Acroamaticus at Thursday, September 01, 2011 12 comments: