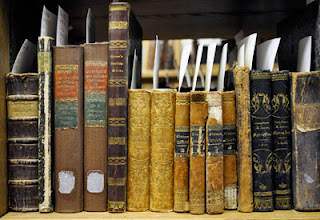 "The fundamental error of modern times lies in the fact that the yawning abyss of the qualitative difference between God and man has been removed."
Søren  Kierkegaard, Journals, 1847.

This past Sunday marked the 200th anniversary of Søren Kierkegaard's birth. I am by no means an expert on Kierkegaard, although I have read him on and off for 20+ years, both for instruction and pleasure, but I do believe that the time has come for confessional Lutherans to rehabilitate him and bring him back into the fold now that the mid-20th century existentialist fad, which proved so destructive to the Faith, has well and truly gone cold. It would be a great shame to throw Kierkegaard out with the bath water, for there are many things he can teach us.

Fundamentally, Kierkegaard was a sort of Luther redivivus in his protest against the Hegelian synthesis, which was the Scholasticism of his day. Contra Hegel, Kierkegaard protested that everything is not subject to synthesis - it is truer to reality as we know it this side of eternity to allow some things to remain in unreconciled tension. At a time when neo-Thomistic theology and ethics are getting a sympathetic reading even among confessional Lutherans, that is a protest of which we need to be mindful. The impetus to synthesis (!) is no doubt innate to the human mind, reflecting a sort of longing for the unitive knowledge of the pre-Fall world, but it is precisely the noetic effects of original sin that need to be taken account in evaluating all such endeavours.

If Kierkegaard at times seems to go to extremes in countering both Hegel and the cultural Christianity of his time, it should be remembered that he was a lone voice protesting this system, a context which sometimes necessitated a bold polemic - another continuity with Luther.  On this point I would say that some of Kierkegaard's 20th century followers, like Barth, either misread him or took his thought a step further than he would have approved of. The 'yawning abyss' Kierkegaard speaks of in the above quote was for him well and truly overcome in the paradox of the person and work of Christ. Kierkegaard was, after all, Lutheran, not Reformed, and so he could resist the impetus to rationalise paradox and/or build a theological system (or write a multi-volume church dogmatics) on the result.

Also echoing Luther in many places is Kierkegaard's definition of religiosity as personal commitment (100 years before Bonhoeffer) or subjectivity (I do not believe Kierkegaard was advocating post-modern subjectivity, btw, but demonstrating that would require a longer post than I have time for at present). This aspect of Kierkegaard's religious thought can serve as a productive counterweight to the entirely proper objective emphasis of Lutheran doctrine. And, just as the life of Luther exemplifies Lutheran doctrine and shows us that it has deep experiential roots, so to does the life of Kierkegaard serve to illustrate his teachings. "Doctrine is Life" is not for nothing a saying among Lutherans.

Another reason why pastors should not neglect to read Kierkegaard is that he is just as much a religious psychologist as a philosopher (or anti-philosopher?). For example, his concept of angst continues to speak to us in our late modern context and his notion of the three stages of life's way - aesthetic, ethical and religious -  can be useful diagnostic tools in applied pastoral theology.

Just a few notes on the margins of the web to commemorate Kierkegaard's 200th anniversary.

Pic: A shelf of Kierkegaard in the library of St Olaf's College, Minnesota, which houses the largest Kierkegaard collection outside of Denmark.
Posted by Acroamaticus at Tuesday, May 07, 2013

The yawning abyss Kierkegaard speaks of in the above quote was for him well and truly overcome in the paradox of the person and work of Christ.

And that is exactly what Barth would say -- the dialectic is overcome in the incarnation. This marked a decisive turn in Barth's thinking, away from his Romerbrief appropriation of Kierkegaard's "wholly other" and toward a re-articulation of election and incarnation. The dialectic that marks human existence (between good/evil, God/man, eternity/time, etc.) is void in the incarnation of Jesus Christ, yet the dialectic continues to mark human history and striving. Thus, we are simultaneously called to uphold the "wholly other" God to an idolatrous world, while upholding the God who has elected to be wholly human and wholly one-with-us. This tension marks Barth's career, and I think it can be found in Kierkegaard as well. Neither were content with merely upholding the "wholly other." The problem involves how to overcome the dialectic without Hegel, and Barth's answer is "God"! And "God's yes in Jesus Christ"!

I know Barth says that, Kevin, but I'm not convinced he follows it through.

Great post on Soren's legacy. I have read Peter Vardy's sympathetic volume on Soren's theology, quite impressed by him.