The Sordid Dregs of Sin 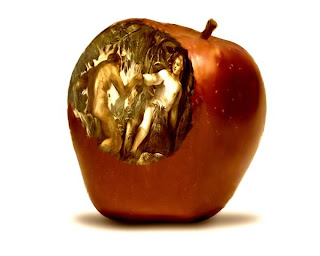 Well, there I was leading Divine Service at St Peter's, Warwick, announcing the first hymn - 'Our first hymn is No. 1 in the hymnal, 'Hark a Herald Voice is Calling'. I sat down and opened my hymnal only to realise 'Ah, we have Powerpoint now' (old habits die hard!). I looked up to notice that this wasn't Caswell's familiar version of the hymn but a modern translation.


Soon we were into the second verse, singing:

'Now our sluggish minds are rising
from the sordid dregs of sin;
now above, the New Star shining
puts to flight all harmful dreams.'

Sordid dregs of sin... 'What a striking line', I thought. Come the last verse (I for one find it disconcerting that you never really know what's coming next with Powerpoint) I took note of the translator: it was none other than our erstwhile Lutheran brother David Schutz. Now, I think David's version is more of a paraphrase than a strict rendering (the allusion to John the Baptist has disappeared, I note), but then translating from the Latin is, as I understand it, more of an art than a science, an exercise in 'dynamic' rather than 'formal' equivalence, especially with poetry and hymnody, where rhyme and metre are necessary considerations. But I do think that, by any measure, this is a fine modern version of the 6th C. Latin original which is simple enough to be singable by modern congregations and which therefore deserves to be widely used. Here 'tis:


1 Listen to the sound of thunder,
see the dark clouds rumbling near:
Christ will rouse us from our sleeping
when, from heaven, he appears.

2 Now our sluggish minds are rising
from the sordid dregs of sin;
now above, the New Star shining
puts to flight all harmful dreams.

3 Christ the Lamb is sent from heaven,
God as human here to live;
comes to hear repentant voices,
full of kindness, to forgive.

4 When he comes again like lightning,
and the world is gripped by fear,
safe from guilt and retribution,
we will gladly greet him here.

'Sordid dregs of sin' - nice turn of phrase, David; let us indeed rise above them!
Posted by Acroamaticus at Sunday, December 18, 2011

Email ThisBlogThis!Share to TwitterShare to FacebookShare to Pinterest
Labels: Hymnody

Interesting that old David would translate a hymn that his hero Newman already translated!

Actually, there is no reference to the John the Baptist or Jordan in the original -- vox clara.

Neale's translation does preserve the "by Jordan".

As to sordid, the Latin is torpida -- torpid is our English descendant.

What I find disturbing is the absence of reference to sin and its just punishment that Christ has removed and for which we rejoice. The original is quite clear on that, we aren't and the translation reflects that.

True enough, David's version does miss the full import of

That's what I missed from Caswell's version which is in our hymnal. Perhaps we could encourage him to do a re-write?

What I like about David's version most is its terseness, which captures something of the original; the 19th C. translations are typically wordy.

(Yes, the original does not mention John the Baptist, but surely the opening line is an allusion to him?)

PS
I don't think David's read much of Newman - when I last raised the topic he hadn't read John Henry's treatment of Justification, for e.g., which is a real 'dog's breakfast'.
I always took his hero to be Benny XVI.

It's funny to think that my old rhymes are still being sung somewhere. I wonder how that one surfaced. I did that translation at home on the farm one December many years ago.

Thank you for your kind words about it. It was one of my better translations, I think. You criticise the loss of the allusion to John the Baptist, but of course it was only an allusion, and not an explicit mention. I will tell my thinking on the first line "Vox clara ecce intonat":

The Latin word "intono", in classical latin anyway, actually means "to thunder", and not just the rather tame "to intone". This – and the thunderstorm season that hits many parts of Australia in early summer – led me to think at the time that the "vox clara" was like the sound of thunder announcing the coming storm.

This matches up with the word "fulserit" (third sing. Future perfect active of fulgeo, "to flash" "to lighten") in the fourth verse – which suggested "lightening", an excellent image of the returning Christ.

If I were revising the translation now, I would start it "Listen to the voice like thunder", and that would retain the allusion to John the Baptist, while also bringing in the thunderstorm image.

As for the sin bit, I did get in "repentance". You are quite right, Pastor - the trouble with many English translations of Latin hymns is that they are just too wordy. I was trying for something much simpler which still carried a clear thought without ending up as complicated as (for instance) our new translations of the Collects.

In effect, it isn't so much a translation as a modern hymn suggested by the old Latin hymn.

And true, beyond Development of Doctrine, Apologia, and his little novel, I haven't read as much Newman as I ought to have. He is a hero to me for as much as what he did as for what he wrote. Theologically, Benedict is, as you point out, my "hero".

Latin is wonderful. Teaches you how to ruddy think. Just like geometry. Everybody ought to take those subjects whether they ever "use" them or not, because they show you how to think.

English is just plain wordier than Latin. And, re the Baptist, yes he is there by allusion but not specific mention, which on the one hand makes the customary versions actually more "dynamically equivalent" than David's, and on the other, makes me agree with him, something that hardly ever happened when I frequented his blog, on how to handle the passage. He did pretty good work as a Lutheran.

Thanks Terry, I agree about Latin being good for teaching how to think; alas it had long since passed out of the high school curriculum when I got there - and the seminary too, come to think of it. I still consider myself a barbarian, even though I have NT Greek.

Thanks David for that background. I think you'd be surprised, David, just how often your translations/paraphrases are sung across the LCA. You definitely have a gift there which I hope you can still put to use for the edification of God's people.

Schutz when i next see you at Mass I will say "sordid dregs of sin" in the Confession.
Greetings Pastor and Terry for this festive Season