Christendom is dead, let it rest in peace...for the good of the church 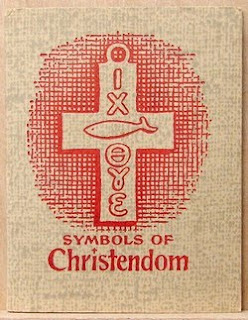 Christendom, defined as the religious, cultural and political hegemony of Christianity in 'the West' ('the West' being more a notion than a hemisphere for our present purposes), is surely dead. All we have left are its symbols, which, like hieroglyphs, speak a language that can only be deciphered by antiquarians who spend their lives rummaging through the artifacts of this ancient but noble civilisation. Historians might opt for different dates of death for Christendom depending upon their biases: the Great Schism of the East in 1054, the papal crisis in the 14th C., which saw three popes simultaneously claiming Peter's throne, the posting of the Ninety-Five Theses in 1517, the Treaty of Westphalia of 1648, the Treaty of Utrecht in 1713, and the French Revolution of 1789 are the usual suspects. Personally, I think Christendom bravely fought its enemies - and sometimes its 'friends' - for centuries after these events before being mortally wounded and buried on the fields of France in WWI. But Christians of all shades of belief have found it as difficult to let the corpse of Christendom rest in peace as the Vatican apparently does to leave unmolested the dead bodies of those it considers saints (gratuitous RC reference - see note below). Witness the attempts of influential European Catholics to shape the European union along Catholic lines and the so called "culture wars" in the US, in which conservative American Protestants take to the barricades for such merely symbolic gestures as generic prayers in state schools. All these efforts seem to me to bespeak a failure to come to grips with reality that the church now exists in world more like the pre-Constantinian one the early church inhabited than the post-Constantinian world of most of Christian history, and betray an attitude that seeks security and certainty for faith where it is least likely to be found. After all, doesn't holy writ warn us to "put not your trust in princes..."?

Lutheranism is realistic when it comes to church/state relations, which can probably be traced back to Luther's sage observation that godly princes were rare birds. Lutheranism, when it is true to itself, lets God be God, lets the state be the state, and lets the church be the church. So, I was encouraged to discern something like a Lutheran 2K view in this cracking paragraph in a blog post by Presbyterian theologian and author Michael Horton, over at the White Horse Inn, bemoaning the misplaced energies of so many Christians expended in reaction to secularism:

"In the 1950s, C. S. Lewis was asked by Decision magazine whether he was concerned about the “de-Christianizing” of the West, especially Europe. Lewis replied, “I’m not really qualified to speak to the question of the culture, but there is definitely a de-Christianizing of the church.” It’s one thing for Christian churches to lose their cultural influence. Fusing Christ with a particular civilization is already a gross distortion of the faith. Nevertheless, “Christendom” is over, regardless of whether you think it was a good or bad idea in the first place. Benign prayers to an unknown god in public schools, apart from the Mediator, is already a capitulation to secularism. Who cares whether crosses no longer dominate national memorials where Jews, Moslems, Buddhists, and atheists are buried? The question is whether the cross is proclaimed in our churches."

[Explanatory note - Six years after his death, the Vatican is exhuming the body of JPII from its current resting place and moving it to the Chapel of St Sebastian, but to create room for it there they will have to exhume the remains of Blessed Pope Innocent XI. Whatever happened to 'requiscat in pace'?

Catholic observers might remember the furore last year over the exhumation, in connection with his beatification, of Cardinal John Henry Newman's remains from a Birmingham cemetery...Newman had the last laugh, having left orders for compost to be regularly placed on his grave, thus accelerating the decomposition process, there were no remains to be found or venerated!]
Posted by Acroamaticus at Friday, April 29, 2011