Was Christmas a Pagan Festival? 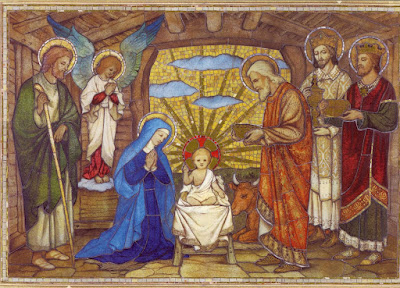 Was Christmas originally a pagan festival? Conventional wisdom has long (since c.1200AD, in fact) suggested that the observance of Christmas was imposed by the imperial church on a pagan festival which marked the northern winter solstice. The conjecture seems, on superficial examination, to have the ring of truth about it. It is certainly known, for instance, that when the post-Constantinian church evangelised a new territory, they often replaced local pagan festivities with saint's days and the like. It seems to have been assumed, somewhere along the line, that this is also what happened with Christmas, which replaced the Roman mid-winter Saturnalia festival. This theory took on new life with the advent of comparative religious studies in the 19th century, tinged as they were with early post-Christian scepticism.

But the truth, it seems, as is so often the case, is rather more complicated. Yes, the traditional date for the celebration of the Nativity of Christ does coincide with the Roman Saturnalia, and after Constantine and the influx of poorly catechised pagan converts into the church, the celebration of Christmas does seem to have taken on elements of pagan festivities. But the true reason for the date of 25th December being marked as the birthday of Christ may actually lie deep within the folds of the seamless garment of salvation history. 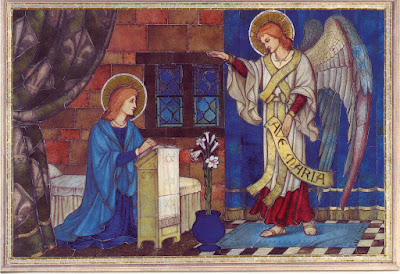 Anyone familiar with the calendar of the Christian church knows that Christmas falls exactly nine months after the festival of the Annunciation, which is celebrated on 25th March. No great mystery there, to be sure. But what if the date of the celebration of the miraculous conception of our Lord in the Virgin Mary's womb was not just picked 'out of the blue' by the early church, but was based on an ancient belief that Jesus was incarnated on the same day of the Jewish calendar on which he died?

This belief, which appears early in the history of the church (Augustine knew of it), may be related to the Rabbinic belief that the world was created - along with Adam - in Spring, which in the Israelite calendar is pre-eminently associated with the month of Nisan. This is also, of course, the month during which the Israelites were redeemed out of Egypt, and in which also the Patriarchs, most significantly Isaac, were born. Is it not fitting and right, then, that the second Adam (the first-born of a new humanity), who is also the perfect, unspotted Lamb of God whose sacrifice (prefigured by Isaac) would atone for the sins of the world, enter this world in the flesh in Nisan (specifically 14 Nisan, which in the Roman solar calendar equates with 25th March)?

Theologically, it makes perfect sense, bookending the advent and death of our Lord in a way which is both profoundly moving and satisfying to the Christian mind and also evocative of the perfect yet mysterious ways in which God achieves his purposes, even if it is hard to prove conclusively without further documentation being uncovered. Of course, given that the actual conception and birth days of our Lord are not recorded in the scriptures, we are probably not meant to lose too much sleep over it. But the next time someone at the workplace Christmas party, or a lapsed-Christian family member at the Christmas dinner table, remarks to you that "of course, Christmas was just imposed by the church on a pagan festival", you just might have a wonderful opportunity to engage them in a discussion about the mysteries and miracles of the history of salvation.


Click on the post title to read an informative article on the subject by Australian scholar Andrew McGowan which has appeared in Biblical Archaeology Review.

The beautiful mosaics are courtesy http://www.bishopstrowandboreham.org/Mosaics.htm
Posted by Acroamaticus at Saturday, December 25, 2010

Pastor Mark, a great article! It's important to read such expositions of the origins of practice and belief, and your presenting them is very helpful.

A blessed Christmas to you!

Many thanks for the further material, William.