Here We Stand: Lutherans and the Reformed 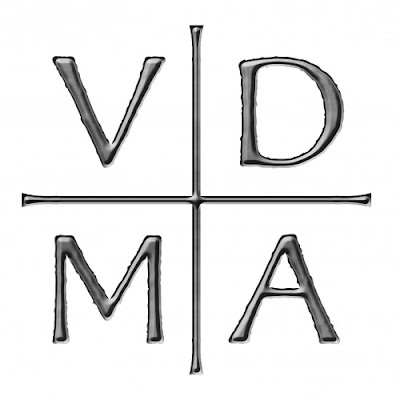 "The Reformed conception of an evangelical church embracing both Lutherans and Reformed has come to have considerable importance in the history of the church. It has determined the ecclesiastical policy which the Reformed Church has adopted in its dealings with Lutherans from the days of Zwingli and Calvin down to the present. This explains the persistent struggle of Calvin and his followers for recognition, in the Religious Peace of 1555, as adherents of the Augsburg Confession. This explains the opposition of the "Great Elector"to the distinction between the "Reformed" and the "adherents of the Augsburg Confession" in the Peace of Westphalia, and his advocacy of the term "Evangelical" as a common designation for both Lutheran and Reformed. This explains too, why none of the German Reformed princes had any conscientious scruples at all about converting, or merging, the Lutheran Church of their territory into a Calvinistic church...for every genuine Calvinist, the Lutherans do not form another church, but only a backward part of the one evangelical, refomed church, which needs help to finish what is still wanting to make it completely reformed."

Continuing Sasse's complaint, we might add today that this further explains why Reformed folk assume they can take communion in a Lutheran church, become members without receiving instruction in the Lutheran faith, and even hold office in a Lutheran congregation without being Lutheran. And watch out for the offence that is taken if it is carefully and pastorally explained that this is not how we Lutherans operate - we are then deemed not only to be "insufficiently reformed", but perhaps not even Christian!

I mean no offence to any of my readers who may be Reformed. In fact, I take it that your reading of this blog suggests a sincere interest in the faith of the Lutheran Church and a respect for it, which in turn adds to my respect for you. But the prevalence of that other type of Reformed churchman, with the accompanying arrogance and ignorance, causes no end of headaches to this Lutheran pastor, and I assume, to others as well. Sasse puts his finger on the reason why, we are viewed by them merely as "a backward part of the one, evangelical reformed church". And boy, ain't we recalcitrant!

Pic: VDMA = the motto of the Lutheran Reformation: Verbum Dei Manet in Aeternum - The Word of God Endures Forever
Posted by Acroamaticus at Monday, September 06, 2010

One encouraging development among some Reformed churches is the emergence of a Lutheranesque view of soteriology and sacraments, known as the Federal Vision. The chief names associated therewith are James B. Jordan of Biblical Horizons, Peter Leithart of New Saint Andrews college, Moscow, Idaho, and Auburn Avenue Presbyterian Church in Monroe, Louisiana.

There are still some differences between this perspective and Lutheranism, but the similarities are remarkable.

I'm dimly aware of the Federal Vision thing, but whenever I looked into it it seemd to be very much an intra-Presbyterian debate. it's intriguing that ther emay be Lutheran paralells.

I'm more aware of the Lutheran-leaning luminaries connected with Westminster in California who are trying to restore a Law-Gospel dialectic to Presbyterianism as well as making the sacraments central again and restoring liturgical worship. I believe some of them have been accused of attempting to "Lutheranize" Presbyterianism! Crypto-Lutherans? Our revenge? ;0)
It's all very interesting and can only be a good thing.
Thanks for dropping by.

I know the federal vision causes a lot of problems within presbyterianism.
The Lord's Supper/Holy communion/ as established by Christ,did not have all the bowing and scraping that one sees in some Liturgical churches. Holy Communion as celebrated in the Lutheran Church ,in my opinion,does not fall into this category. It is profound,worshipful but also joyful as we meditate upon the fact that Christ died for us. The singing of THE LORD'S PRAYER in the Lutheran communion service, is a memory I cherish. i wish my own church did not spend 10 minutes at communion,and hurry through to the preaching which is substantially longer.It seems always to be disrespectful.

Thanks for your thought on the Lutheran Divine Service, Matthias. we need to hear that.

I don't see the federal vision going very far in the Reformed world, in regard to influence. All of the major Reformed institutions are firmly against it -- especially Westminster California (WSC) but also Philly (WTS) and the various RTS branches. WSC, with her "two kingdoms" advocates, has the most promise for shaping the Reformed world along more traditional, liturgical lines...thanks especially to the brilliance and fervor of Michael Horton and all the groundwork done by Horton and Scott Clark.

It's interesting that the most "catholic" movements among the Reformed churches in America are firmly opposed to each other: federal vision and two kingdoms theology. No one is more opposed to the federal vision than the guys at WSC.

Thanks Kevin. So, there's a turf battle going on, eh? There certainly seem to be some big names opposing the FV, like Sproul Snr, if I remember correctly. Horton is quite well known down-under for a confessional Reformed guy. Evangelical bookshops carry his books. The FV not so much.

Yeah, it's a battle, but I think the battle's pretty much ended. Like I said, the FV is small and its influence has been pretty much exhausted. Of course, this should not be a surprise. The FV is advocating an understanding of baptism where baptism itself (and at the moment of baptism) is a means for full salvific incorporation into Christ -- a salvation which can then be lost at a later point in the person's life. Thus, election is conditional. So, yeah, that's not going to be popular in the Reformed world. To my mind, it is closer to Lutheranism, except that a lot of FV guys seem to conflate law and gospel...so, we could probably say that it is more Roman Catholic (salvation contingent on obedience) than either Reformed or Lutheran. Actually, it reminds me a lot of the Oxford Movement and Anglo-Catholicism in general.

Yes, I would also say the FV is more Roman Catholic than Lutheran on baptism, since it seems to ascribe an 'ex opere operatum' efficacy to the sacrament regardless of the presence of faith. The Lutheran doctrine emphasises the objective efficacy of baptism, but at the same time faith must be there to receive the gifts offered. That's why Lutheran rites usually include a prayer for faith when infants are being baptised - 'ask, and it will be given'.