But Weren't the Huguenots Calvinists? 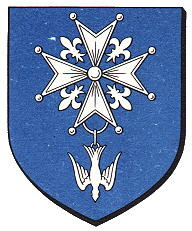 Following on from my recent couple of posts about Huguenots, I’ve had a couple of responses along the lines of “but weren’t the Huguenots Calvinists“? The implication being, I think, that a Lutheran should not commemorate these folk who were, after all, on the other side, so to speak, in the great intra-Reformation debates.

It's a good question and one which I do not wish to dodge. I certainly assert that a Lutheran cannot regard the Huguenots without ambiguity. The French Confession of Faith, around which the Huguenots rallied after an initial period of persecution, was co-authored by John Calvin, and along with orthodox Trinitarianism and a good statement on forensic justification it contains a Calvinistic understanding of election and a pious sounding but unbiblical devaluation of the sacraments as means of grace. We also know that a subtle shift in the weight Calvin gave to the doctrine of justification in his overall system would come to give quite a different character to the Reformed understanding of the Christian faith as compared with the Lutheran. For these reasons I do not commemorate the Huguenots in the formal sense, but in spite of them I do regard and remember them as faithful Christians (and as ancestors - hence my interest in them).

As we point out these errors, let us acknowledge too the geographical, cultural and political context of the Huguenots. They were up against a Roman Catholic state which was prepared to act treacherously against its own citizens in the name of purity of religion. The ties of nationality and language meant that the evangelicals of Paris and southern France would inevitably be drawn into the orbit of Calvin, who, whatever his shortcomings as a theologian, was a master organiser and indefatigable defender of the French Protestants. Would God permit these geographical and historical "accidents" to shut off the French evangelicals from the Word of Life? We hope and pray not.

It is one of the mysteries of God’s providence, undoubtedly closely connected to the fact that the church always lives under the cross, that the Reformation was permitted to fracture into more than one party and to suffer from treachery within its own ranks that would result in much of the territory of the German-speaking lands once one for the pure Gospel being subjected to Calvinism or succumbing to the Jesuits. The role that theological and doctrinal error, as well as political intrigue, played in this drama cannot be excused or papered over. However, we must make a distinction between the teacher of error and his hearers, who may, either by God's grace or a felicitous inconsistency in their reception of erroneous teaching, be preserved in the true faith in Christ.

But in any case it is not their errors which we remember and praise the Huguenots for, but their steadfastness under persecution over many decades which showed the sincerity of their faith in Christ. The Lutheran Church has never, thank God, declared that the only true Christians in the world are found within it. It recognises that true Christians, albeit heterodox in faith, also exist in other communions. To quote the great Missouri Synod dogmatician, Francis Pieper, “Though God desires that all congregations be orthodox, and though all heterodox communions exist only by God’s sufferance and contrary to God‘s gracious will, still it is a fact that also in the heterodox communions there are believing children of God. The term “Christians” covers a wider field than the term “orthodox Christians”…Luther never thought of making the orthodox Church, the Lutheran Church, co-extensive with the Una Sancta. Vigorously as he fights against the Papacy and expressly declares it an institution of Satan, he nevertheless does not doubt that God has at all times under the Papacy preserved for Himself a Church, yes, the elite of the Christians” [Christian Dogmatics, III, p423-424].

Mutatis mutandis (with the necessary changes), we can perhaps acknowledge the same regarding the French Protestants known as Huguenots.

Email ThisBlogThis!Share to TwitterShare to FacebookShare to Pinterest
Labels: Calvinism, History, The Church, The Reformation