An Economy of Miracles 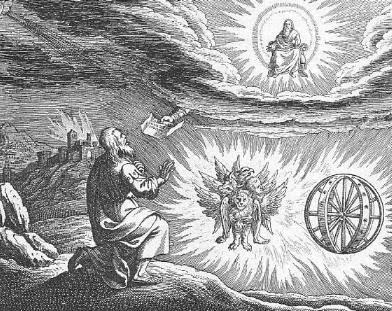 Speaking of miracles (see last post), why does God accomplish his work in the world with an apparent economy of miracles? I came across the following explanation from a now largely forgotten 19th century theologian, Samuel Harris, who was once Dwight Professor of Theology at Yale University when that august school could still be regarded as a Christian institution (which also - at that time - espoused, against much pressure from the pragmatists, the virtues of a classical education based on knowledge of Latin and Greek):

Persons sometimes imagine that if God had revealed Himself continually and to all men by working miracles before them, it would have been impossible to doubt His existence. But miracles are presented to the senses, and therefore, like the familiar works of nature are a veil which hides God while revealing Him; the mind must pass through them; just as it passes through the sensible phenomena of nature, to the God unseen and spiritual, behind the veil. And if miracles were as common as summer showers and rainbows, they would attract no more attention than they.
It is sometimes thought that if God should habitually reveal Himself in theophanies such as the Bible records, doubt would be no longer possible. But even in the theophanies the prophets did not see God; they saw only signs and symbols through which their spiritual eyes saw what can be only spiritually discerned. Ezekiel saw a cloud coming out of the north with whirlwind and with infolding fire and flashing lightning; and from its amber brightness a crystal firmament evolved borne on four cherubim, with wheels of beryl so high that they were dreadful, and all moving with flashing light and, to the very wheels, instinct with the spirit of life. On the firmament was a sapphire throne, and on the throne the appearance of a man. But if that vision should rise on our view every morning from the north, wherein would that miniature firmament reveal God any more than the sun which rises every morning in the east, or the firmament with its thousands of stars which wheels majestically above us every night?

This might be classed as speculative theology (and I think Harris was very much in that New England tradition of philosophical theology which goes back to Jonathan Edwards), but it seems to me eminently sensible speculation with a Biblical basis, especially since Harris goes on to identify the resurrection of Christ as the greatest miracle of all which ought to fully satisfy the human hunger for the miraculous. I like the way Harris puts the matter (without wishing to endorse everything he may have written), especially the mention of God hiding himself even while revealing himself through the medium of nature.

Finally, it seems to me that the fact that God does accomplish his work in the world, even the work of the proclamation of the Gospel and the salvation of souls, with an economy of miracles only serves to magnify his glory all the more, even though that thought runs contrary to our 'natural' (fallen?) way of thinking, which mistakenly regards the miraculous as the sine qua non of divine action. In contradistinction to Roman Catholicism and Eastern Orthodoxy, it therefore seems to me to be a strength of Evangelical religion, by which I mean the Lutheran faith in particular, that it allows God to do his ordinary and extraordinary work in the world with an economy of miracles - without, however, denying the possibility of the miraculous at all.

Email ThisBlogThis!Share to TwitterShare to FacebookShare to Pinterest
Labels: Theology

I don't know how it works in Australia, but I would add American evangelicals and charismatics to your list, along with Rome and Eastern Orthodoxy, with an obsession with miracles. God even helps such folks find parking spaces ("Praise Jesus!") in miraculous fashion.

you know Pastor ,even evangelicals and charasmatics are into relics now:
Relics of the Gospel once given to them. as seen in
Prosperity heresies-when they think of this they think materially but it needs to be spiritually
of prophecies-they get caught up in dispensationalism and forget or downgrade othhr views

AS regards Melanchthon'scomments-when my son was 5 days old, i was travelling to the hospital and i was about to turn left.this was the old left hand turning rule here in Victoria where we had to give way if cars were turning right from the opposing direction.The car in front had West Australian number plates and also stickers on it that made me think 'ah a pentecostal". Halfway through his turn,he stopped to give way to a police divisional van turning from the other dirceciton-although cars were going through the intersection as this chappie was turning.But stopped he did. I ran into him ,and damaged my paintwork. He got out looked at the damage and said "Praise the Lord my car is okay". I had asked him if he was alright.

The funny thing is that in my experience they see this hunger for miracles as a mark of strong faith, whereas to me it seems just the opposite. Not wishing to judge, but...we walk by faith, not sight, yes?

Matthias,
Don't talk to me about hook turns in Melbourne! That's the craziest traffic rule I have ever come across.