Vatican I on the Canon of Scripture 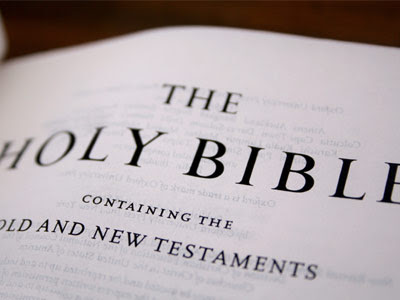 In numerous discussions over the years with Roman Catholics on the question of authority the subject of the canon of scripture has usually come up. I have often heard it said that the church's magisterial authority is revealed by the fact that it was the church which 'canonised' the scriptures, in the sense of authoritatively drawing up a list of writings to be accepted as the 'canonical'. "The Catholic Church gave you your Bible", it is said, "so how can you not accept the authority of the Catholic Church?" I have always responded with Reformational theology's view that the church indeed received the scriptures as canonical, but only because her mind recognised them as divinely inspired. To put it in a nutshell, the church discerned the canon, she did not create the canon. This seems to me to be demonstrably true both historically and theologically. "Circular reasoning!" is the usual response, and there the discussion ends.

Needless to say, then, I was very interested to come across the following while doing some research on the subject:

"The books of the Old and New Testament, whole and entire, with all their parts, as enumerated in the decree of the same Council [Trent] and in the ancient Latin Vulgate, are to be received as sacred and canonical. And the Church holds them as sacred and canonical not because, having been composed by human industry, they were afterwards approved by her authority; nor only because they contain revelation without errors, but because, having been written under the inspiration of the Holy Spirit, they have God for their Author." [italics mine]

It seems as though some would-be Roman apologists have not been doing their homework. Setting aside the matter of the apocryphal books included in the Trentine decree and the Latin Vulgate Old Testament, a matter on which the Roman Catholic Church has made an historical error, this is a very acceptable statement of the matter.
Posted by Acroamaticus at Wednesday, April 21, 2010

I would say that a Lutheran can certainly accept the canon on the authority of the church or their pastor if they are unwilling or unable to study the question themselves, the difference with the RC view is that our conception of the church's authority is ministerial (servant), not magisterial (master). In the case of the New Testament, at least, the point is surely moot, as we share the same canon with the RCC.

Ah, but Reginald, your church authority has even contradicted itself on more than one occasion.

"Ah, but Reginald, [my] church authority has even contradicted itself on more than one occasion."

Really? When has the Magisterium issued two final pronouncements which were contradictory?

"We declare, say, define and pronounce, that it is absolutely necessary for the salvation of every human being that they be subject to the Roman Pontiff." Pope Boniface VIII, Unam Sanctum, 1302AD.

"Those who, through no fault of their own, do not know the Gospel of Christ or his church, but who nevertheless seek God with a sincere heart, and, moved by grace, try in their actions to do his will as they know it through the dictates of conscience - those too may achieve eternal salvation"
Vatican II, Lumen Gentium, 16, repeated in the CCC, 1994, para 847.

So, which is it: one can only be saved if under the authority of the Roman Pontiff, or one can be saved without being under his authority, indeed without even being a Christian, simply by following one's conscience, albeit prompted by grace? Aside from the very questionable semi-Pelagianism in the Vatican II quote, which would no doubt fall under the condemnation of the Second Council of Orange, this is clearly a case where the Roman teaching authority has contradicted itself.

Papist: The church has final authority.

Lutheran: How do we determine the churh has final authority?

Papist: The church has said so in its writings.

Indeed, David.
I've never really understood the charge of circular reasoning as applied to the Reformation argument. Perhaps it is more a matter, in my Roman interlocutors' minds, of failing to complete the circle you mention!

The Church's infallibility is proven from Scripture, but sola Scriptura is not.

Welcome back, Reginald.
That's "Pr Henderson", actually, if you insist on formalities.

"Obviously not irreformable"? Well, it looks like a contradiction to me, reformable or not. Or is it the case that the Catholic Church can teach error, not just accidentally, in passing, but in its official teaching documents, papal infallibility notwithstanding? If so, what happens to your "certainty of faith"? On what grounds do you then base it? Probability?

Now, another question for you, do you, like your nramesake, believe that the Holy Spirit commands that heretics should be burned?

Reginald,
You said, "The Church's infallibility is proven from Scripture, but sola Scriptura is not."

While I appreciate your willingness to go on the front foot, such assertions don't advance the discussion much; evidence please...for both assertions.

"such assertions don't advance the discussion much"

The sufficiency of Scripture was your assertion, in the previous post; if you don't want to discuss it here then so be it, though I eagerly await your Scriptural proof for sola Scriptura in that other post.

Reginald,
Trying to pin you down is like trying to grasp a jellyfish tightly in one's hands on the seashore. You dance around my questions as though you are afflicted by St Vitus's mania, you insist on formalities (even though you post under a nom de plume) but then refuse to address me by the title I request (in my own virtual home - btw, the use of Pastor is German in origin, not American, fyi), and you apparently harbour a desire to see me burned at the stake. My time is too valuable to play your games. If you have any sense of honour you will not be surprised if I refuse you admission to the old manse henceforth.

I have often heard the church's authority is proven by scripture. I have yet to see the scriptures which teach that.

It appears that even the Magesterium is final until a later pope or some such says something different. So the standard is not what the church has always taught but what is said last. It does save time over looking over the vast collection of writings doesn't it?

For the record, David, CP responded earlier to me that the second quote from Vatican II was "not irreformable", which is completely beside the point, as it is an authoritative utterance of a body -an Ecumenical Council in the Roman view -which claims infallibility aqccording to thei rown doctrine.