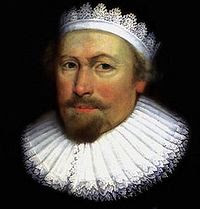 We should not sin in hope of concealment. What if thou conceal it from others, canst thou conceal your own conscience? As one said well, what good is it for thou that none knows what is done, when thou knowest it thyself? What profit is it for him that hath a conscience that will accuse him, that he hath no man to accuse him but himself? He is a thousand witnesses to himself. Conscience is not a private witness*. It is a thousand witnesses. Therefore, never sin in hope to have it concealed. It were better that all men whould know it than that thyself should know it. All will one day be written in Thy forehead. Conscience will be a blab. If it cannot speak the truth now, though it be bribed in this life, it will have power and efficacy in the life to come...

* Sibbes seems to use "private" here in the sense of singular or solitary.

Glosses:
a) The Puritans are particularly rich in practical wisdom, indeed they placed a premium on the practical application of God's Word to life. However, one needs to beware of their doctrinal shortcomings, such as a tendency to separate Word and Spirit, Grace and Sacrament, Sign and Thing Signified.
b) The Puritans influenced German Pietism, no doubt because their warm practical orientation was seen to be an antidote to the perceived dryness of the high theology of later Lutheran orthodoxy. It would be interesting to track down and make a list of all the English Puritan works translated into German.
Posted by Acroamaticus at Wednesday, July 22, 2009

Yeah but I thought the Spener was influenced by some Dutch Reformed Pietist where Pietism is said to have originated?

I mean, Pietism is not exactly a Lutheran invention is it?

Yes, Lito, there was certainly Pietism in Dutch Reformed circles, culminating in the so-called Second Reformation, which roughyl parallels Puritanism in England. Spener himself was also influenced by the Jesuit Labadie. So I think we must conclude that the infleunce of British Puritanism was but one stream running into German Pietism.
Btw, formally Spener probably only deviated from the confessions on the matter of the conversion of the Jews and millenialism. But then Kavel, founder of the Lutheran Church in Australia, also believed that!

So now there we have the connection, if you swing into Pietism you wind back into semi-pelagianism.

Glad the Lutherans saw that as well.

Sorry - you've lost me on the semi-Pelagianism bit, Lito - do you mean Labadie? As far as I'm aware he was always a Jansenist, i.e. a believer in strict Predestination.
I'm not sure any of the Pietists were officially semi-Pelagian.

Btw, German Pietism was but one stream of a spiritual movement that swept across European Christendom in the 17th C., even in the RC Church. And its legacy is still with us today in all denominations in the form of home bible study groups, social activism, priesthood of all believers, etc. etc. Not all of this is bad -some coul dbe channelled to proper use - bible study groups, for e.g.
As far as classical Lutheran Pietism is concerned, there is an important distinction to be drawn between orthodox Pietism and separatistic Pietism which denied the church's doctrines, office of the ministry, etc..